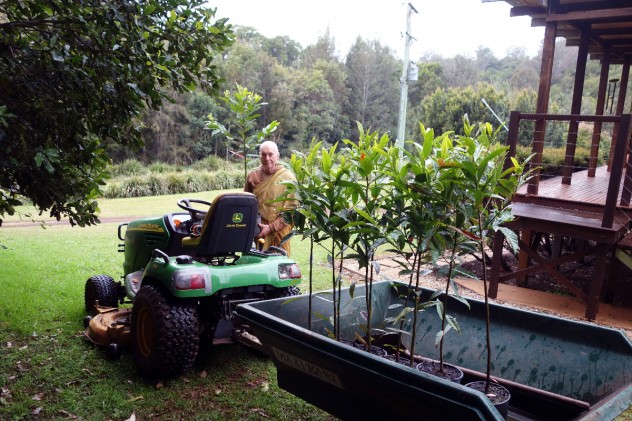 When we acquired the land it was very rundown and degraded, which required a massive effort to remove invasive weeds and trees in preparing the land for planting. As there was very little regeneration of the native rainforest we have had to resort mainly to revegetation.

This short video is a sample of revegetation at Bodhi Tree Forest Monastery with new plantings and views of endemic subtropical rainforest we have established since 2006.

Help us fundraise for this Project: Go Fund Me to plant an additional 2,000 endemic rainforest trees in the spring of 2019.

On acquiring the 95 acres (36.91 hectares) of land for a Buddhist Monastery and a Community Retreat Centre in 2006, our focus since then has been to restore the subtropical rainforest, which had been totally destroyed, leaving the land in a degraded state with just invasive trees and weeds.

More than 99% of the original subtropical rainforest in the Northern Rivers of New South Wales has been cleared since colonisation, leaving just remnants filled with endangered plants and animals. Our effort is and remains the on-ground restoration of critically endangered rainforest.

The land forms and tree cover at Bodhi Tree naturally divide the land making it easy for different activities to coexist here. From two streams with beautiful rock pools the land rises to a large flat plateau on which the new retreat complex is being built.

There is a good balance of cleared and reforested land with many impressive rainforest trees. The creek valleys have plenty of flat and gently sloping areas. The plateau of 15 acres of rich red soil has expansive and uplifting views and is a natural choice for the retreat centre, which we have now started to build. 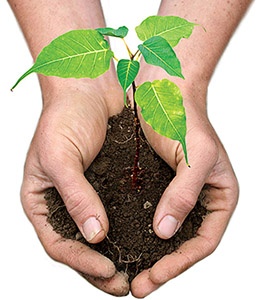 The Rainforest Regeneration and Revegetation Project at Bodhi Tree

In 2006-2007, starting with a grant from the Envirofund, the Bodhi Tree Forest Monastery with the help of volunteers has been able to plant approximately 1,500 rain forest tree along our creeks and rock pools.

Since then we have extended our bush regeneration and revegetation project over the past seven years with the expertise of EnviTE assisted by the Green Army we have planted approximately 8,000 local rainforest trees, as well as koala food trees – donated by the Friends of the Koalas, including fruit and nut trees, which are now all thriving!

Bodhi Tree has received a $5k grant from the Lismore City Council’s “Rural Landholders Initiative” project to extend our bush regeneration work and revegetating of endemic rainforest trees. So with that help we have planted another 1000 trees, to bring up our reforesting effort to approximately 8000 trees.

Comments are closed, but trackbacks and pingbacks are open.